I feel so lucky to have photographed Nicole and Bryce for their wedding! I enjoyed every minute I spent with these two. They are so wonderful together.

I first met and photographed Nicole and Bryce for their engagement session last October (almost one year ago!). We spent about an hour at a park near the studio and I really loved getting to know all about them and their relationship. I knew then that their wedding was going to be a blast and I was looking forward to it!

Fast forward to August 2017 – suddenly, it was Nicole and Bryce’s wedding day! I know that time feels like it’s flying for just about everyone, but being a wedding photographer seriously seems to speed up time. One day you’re booking a wedding for almost a year in the future, and the next day, you’re photographing that wedding!

It was so great to see Nicole and Bryce again. We started out with photos of Nicole’s details (dress, shoes, flowers) and then some portraits of her with her bridesmaids and with her family. 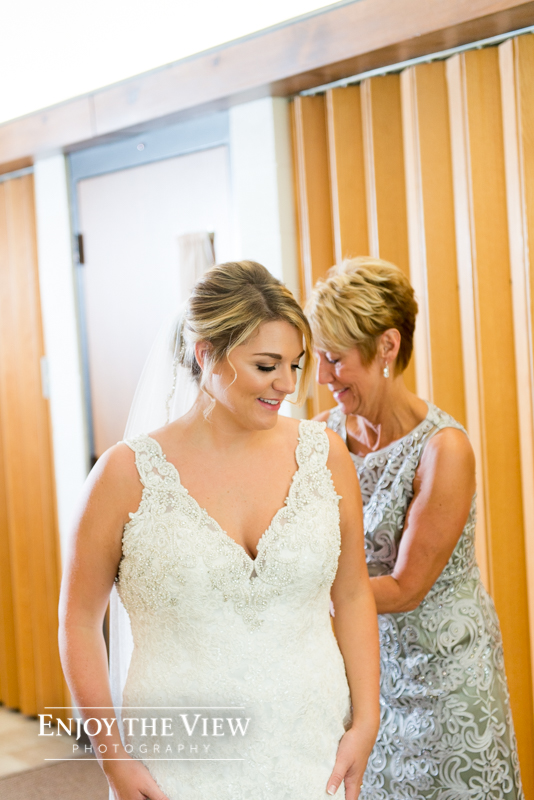 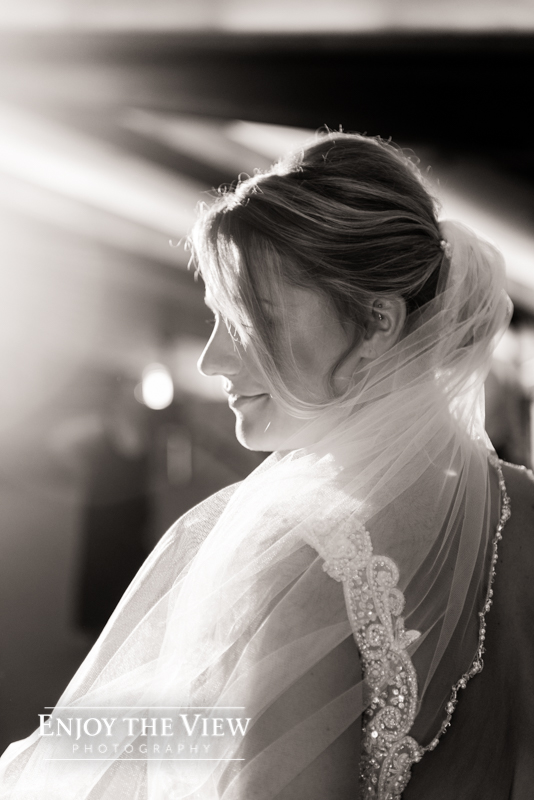 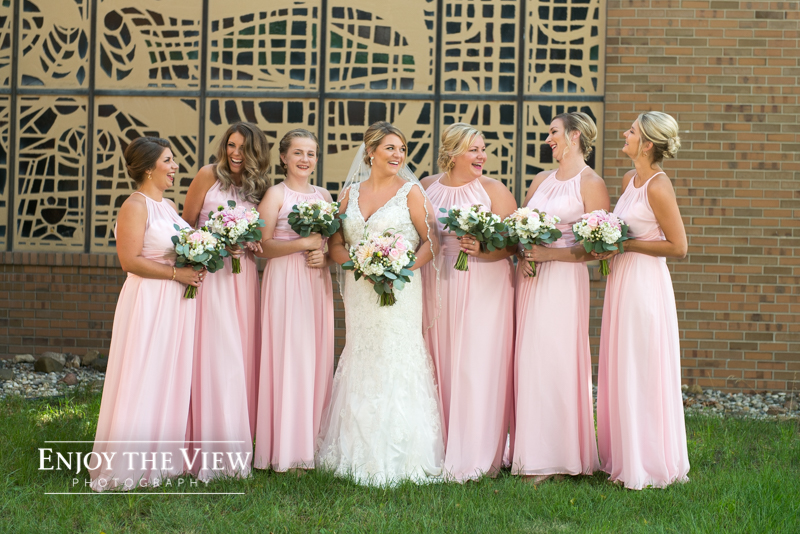 Nicole’s purse was made from her mom’s wedding dress!

After spending some time with the girls, I headed over to where the guys were getting ready. Bryce’s mom pinned his boutonniere for him and then we headed outside for some photos.

The ceremony was beautiful and Bryce’s reaction to seeing Nicole coming down the aisle was just perfect. 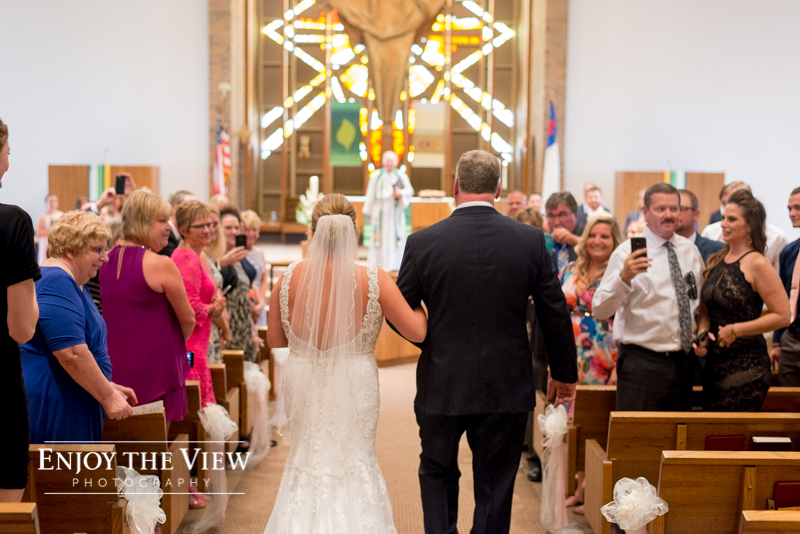 After some family photos at the church, we headed to Apple Mountain (where the reception was being held) and The Bancroft in Saginaw for photos and fun! 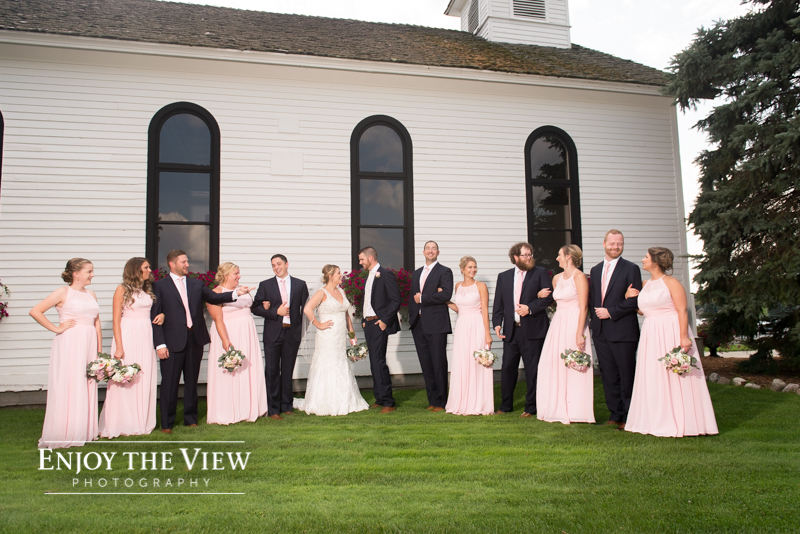 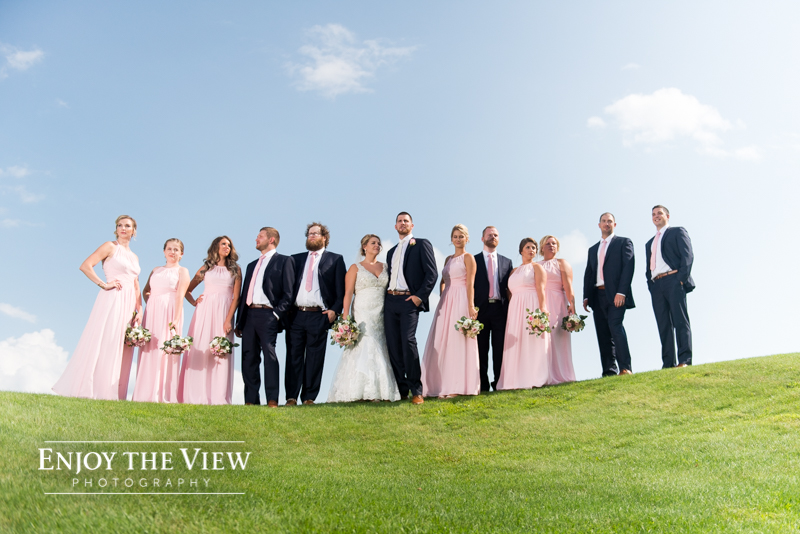 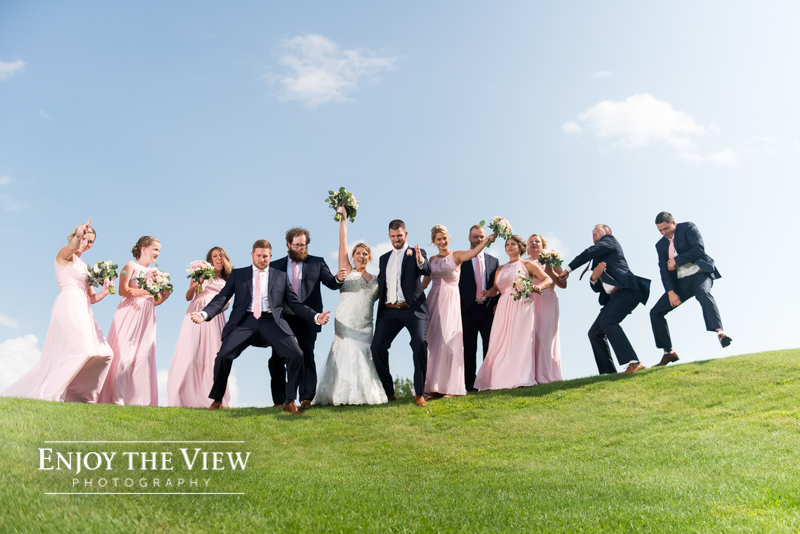 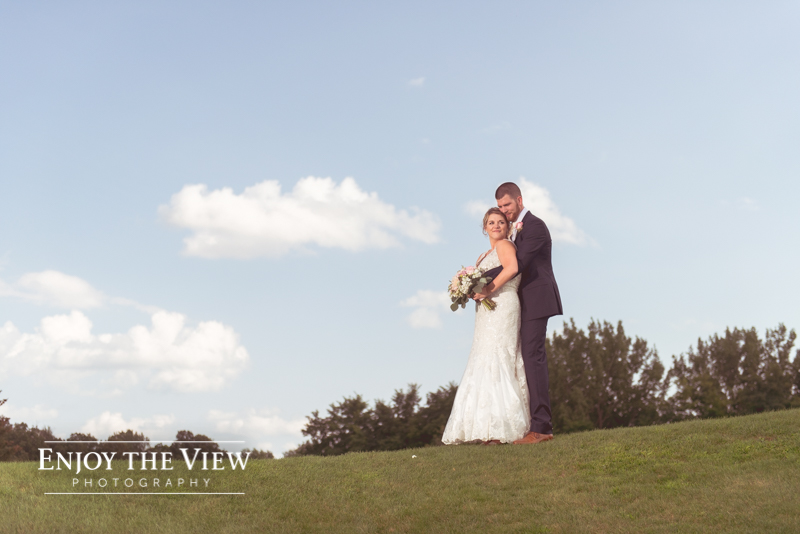 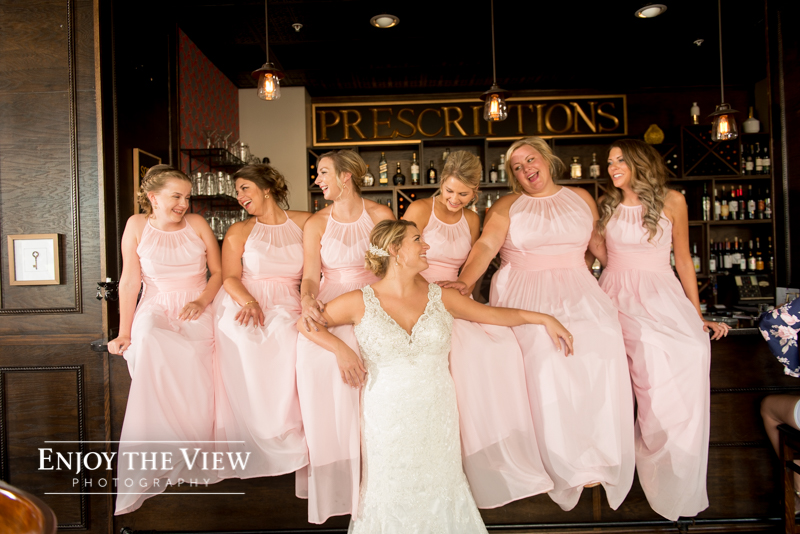 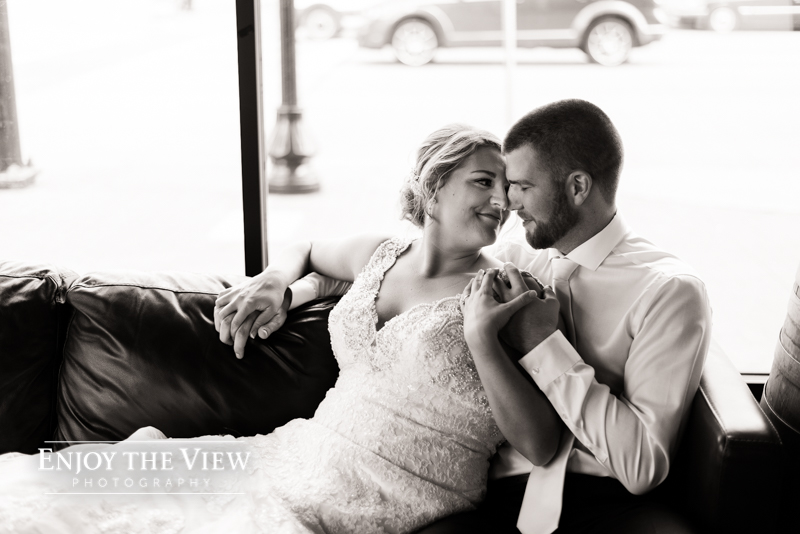 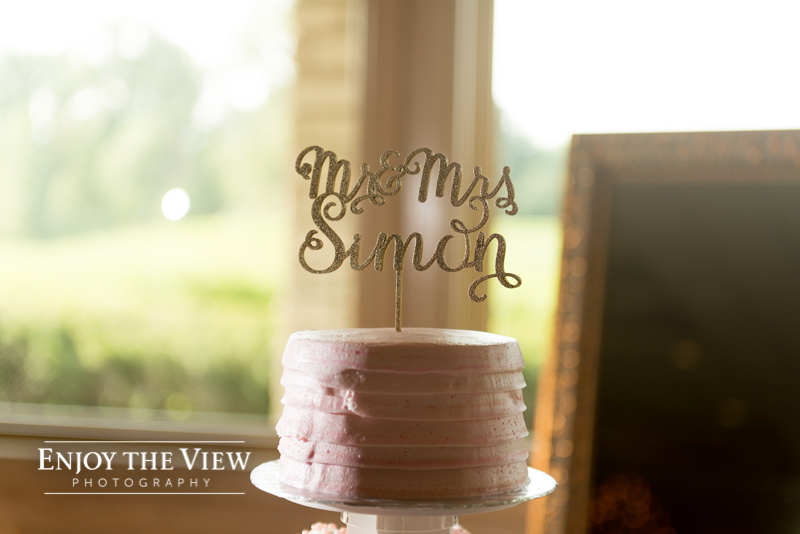 After dinner, I headed back outside with Nicole and Bryce for a little golden hour portrait session… 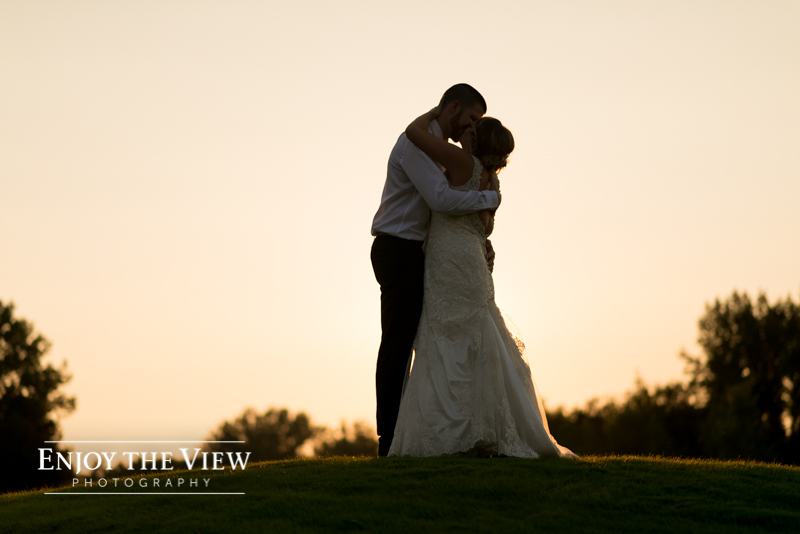 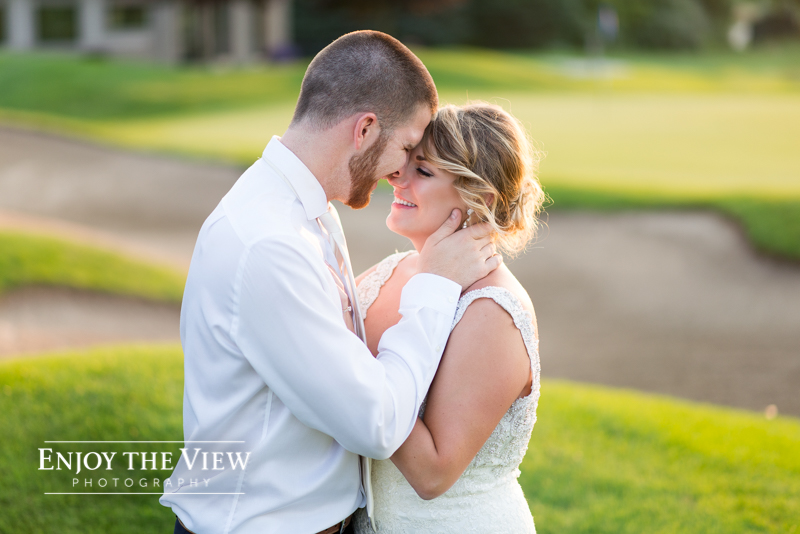 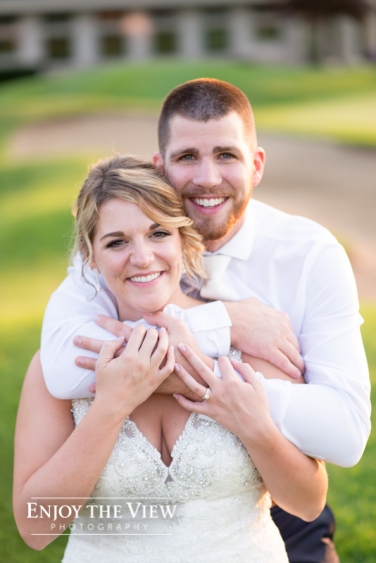 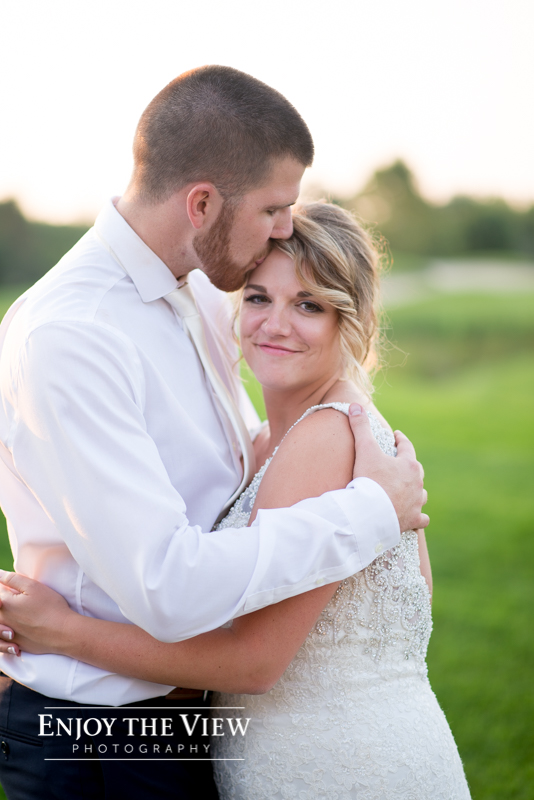 …then it was back inside to get the dancing started! Corey from Rusch Entertainment was there to keep the party going. 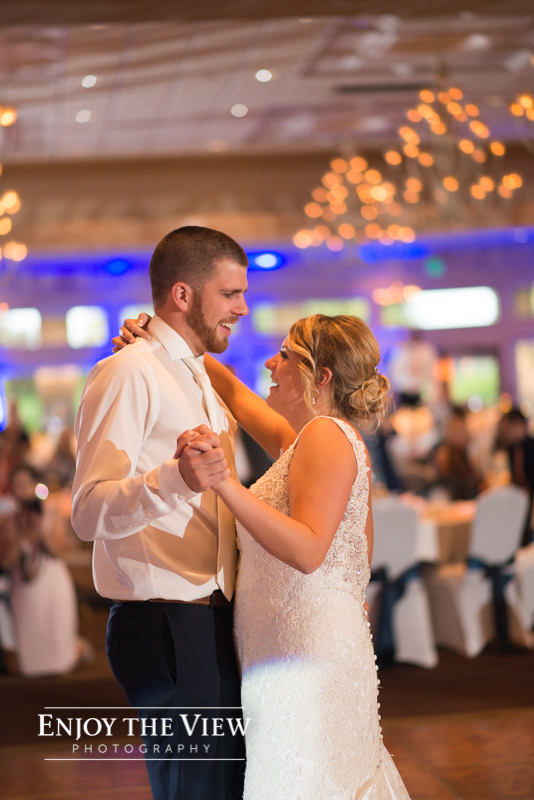 Nicole and Bryce, it was such a pleasure to be a part of your joyous wedding day! Thank you so much for choosing ETV to capture it. I hope you see you guys again soon! Enjoy married life! 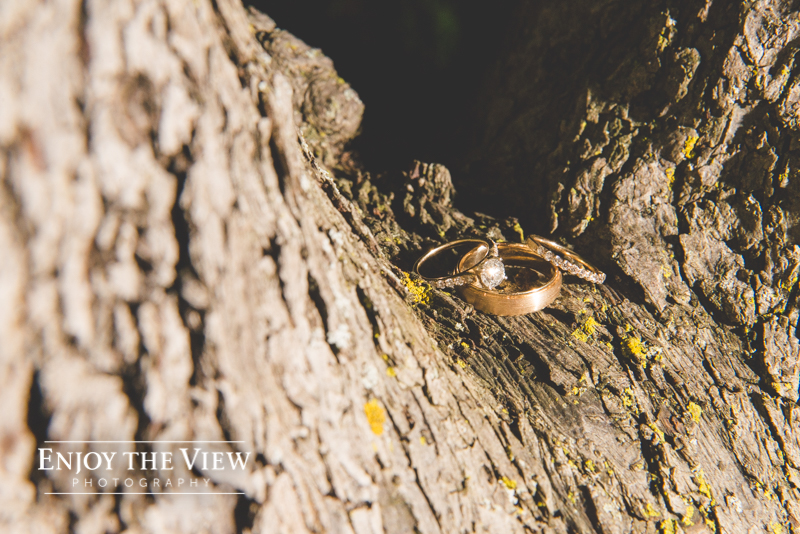